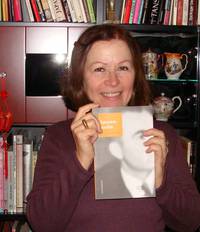 From a document found by chance, an exciting criminal story develops: heroes appear, victims disappear, collegues are murderers. From a small town in Westfalia the route winds its way to Berlin, Lübeck,  Poland and finally Copenhagen. The reader joins the author in an exciting search, visiting scenes, archives and libraries, pursuing red herrings, ending in blind alleys, crowing with her over successful deductions, grinding teeth and laughing about unintentional humor.

Pfeiffer's position is perfect: He is politically well connected -  due to his acquaintance with dreaded NS-official Hans Frank, his function as General Secretary of the International Chamber of Law and his role as an SS-officer working for the foreign intelligence service. From this position Pfeiffer is able to help Jews survive. But then begins his race against the time: can he delay his call-up to the Wehrmacht till the end of World War II? Going underground in Denmark he tries to survive the last days of the 'Third Reich'.

When his friends cannot hide him any longer, he attempts to flee to Sweden in a boat which he shared with 4 Polish men, whom he had smuggled into Denmark, and his Croatian fiancee Mirjana Tomljenovic-Markovic.
Suddenly everything goes wrong: the group are arrested by the Gestapo, interrogated and sentenced. Pfeiffer dies 3 weeks before the end of the war. His comrades are luckier and survive.

This biography of lawyer and NS-official Helmut Pfeiffer reconstructs in a comprehensible way the complexity of a life in a time of extremes. The style of writing enables the reader to become involved with the author's process of research and discovery, sharing every step in her search to uncover the secret life of this remarkable man.